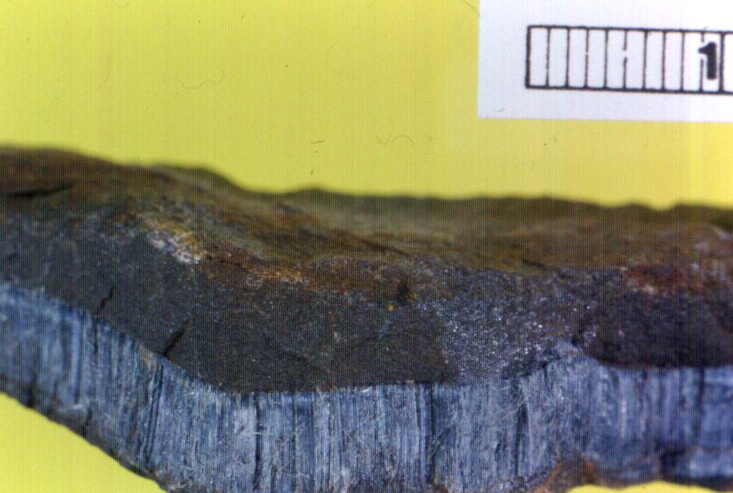 When most people imagine what asbestos looks like, they often think of a white fibrous mass. However, asbestos varieties come in different shades such as brown and blue. The blue asbestos is called Crocidolite.

For my fellow geology enthusiasts, Crocidolite is actually the name of the fibrous form of the blue mineral known as Riebeckite. The high sodium content in the mineral gives it the iconic blue color. Crocidolite and Riebeckite both belong to the amphibole asbestos group which also is the group of 5 of the 6 regulated asbestos minerals.

While Crocidolite is mostly used in thermal system insulation such as magnesium block, it was also previously used in cigarette filters. In the 1950s the Lorillard Tobacco Company produced Kent cigarettes with their new “micronite” filter. This filter was marketed as being safer than other cigarettes because it filtered out toxins and particles. This marketing was successful at time due to rising awareness of the relationship between smoking and lung cancer. The cigarette company even used letters from physicians promoting the safeness of the filter.  Many workers at the factory who produced the filters succumbed to mesothelioma.

Remember that asbestos isn’t always white and the only way to detect its presence is with a laboratory test.